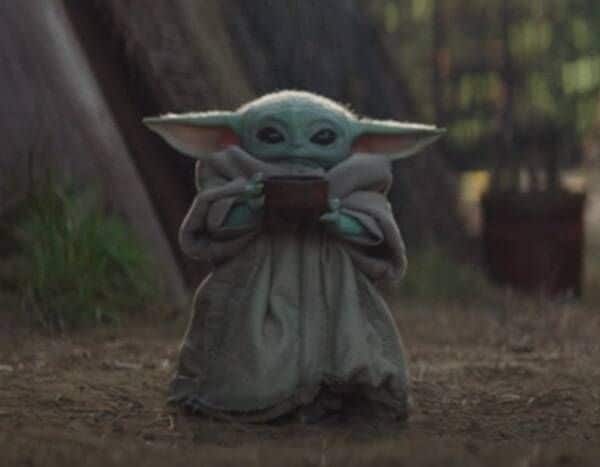 Roll over BB-8 and run away Porgs, there’s a new cutest character in the galaxy.

When The Mandalorian launched on Disney+ on Nov. 12, becoming the streaming service’s flagship series, the secrecy was intense and the stakes were high, as the Jon Favreau-helmed series was bringing the Star Wars universe into the streaming world. Alas, no one knew the show had a secret weapon: Baby Yoda.

At the end of Chapter One, viewers were left scrapping the remnants of their jaws off the floor after it was revealed that the Mandalorian’s (a masked Pedro Pascal) target was just a child, but not just any child: it was a miniature Yoda, one with—to borrow an iconic phrase from Serial—dairy cow brown eyes and ears more expressive than most foreheads on the Real Housewives.

Like everyone else with a pulse (including bounty hunter  Mando), we immediately fell in love with the bone broth-sipping, frog-eating and cooing little creature, vowing to protect Baby Yoda at all costs and threatening a boycott should any harm come the Child’s way.