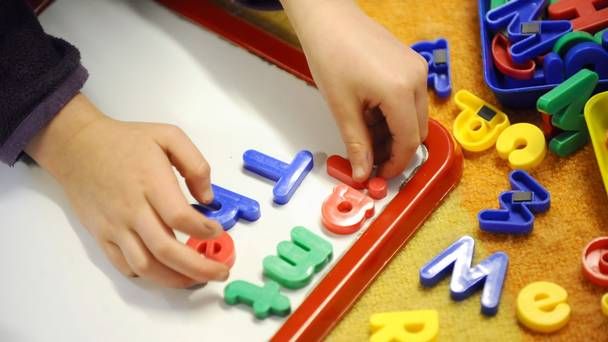 There are renewed fears for more than 1,000 crèches around the country after they were told no alternative insurer could be secured for their business.

Childcare operators are struggling to get cover after the withdrawal of one of two companies in the market. Some crèches have seen their premium quotes treble in recent weeks.

Last night, broker Padraic Smith and Co, which represents 1,300 childcare providers, said it had held discussions with more than 35 insurers, underwriters and intermediaries over the past six months. However, none was willing to quote for these creches.

It told providers that «despite a busy last 48 hours of intensive follow-up meetings, we have been unable to secure an alternative insurer for you».

They were advised to contact the last remaining option — Arachas Corporate Insurance Brokers — «immediately» to establish whether it would be in a position to take them on as a client.

«We impress upon you the need to act urgently, and ensure you make contact with Arachas upon receipt of this letter as you have a limited period of time within which to make alternative arrangements,» the letter added.

Childcare providers said they were being «held over a barrel» as they face a monopoly in the insurance market.

Helen Mallon, owner-manager at Step By Step Crèche and Montessori in Paulstown, Co Kilkenny, said it was a «dark day» and feared she would have to close in January. Her insurance premium has risen from €2,261 to €7,530.25 for 2020.

Meanwhile, Insurance Reform Minister Michael D’Arcy has threatened to slap a «super tax» on the profits of insurance companies if they do not stop inflating premiums.

The minister said he did not want to go after the multi-­million euro profits made by insurance companies but insisted he would consider significant new taxes for the industry if they did not «treat customers properly».

«I don’t want to be slapping them with a super tax,» Mr D’Arcy told the Irish Independent. «I want them to pass some of their profitability back to their customers.»

Mr D’Arcy was speaking after a Central Bank report revealed how the insurance industry has been hiking premiums over the last nine years, even though the cost of claims had dropped.

The report showed the average motor insurance premium was up 42pc between 2009 and last year, while the cost of claims fell by 2.5pc during in the same period. Meanwhile, insurers made an average profit of 9pc last year.

«Those same companies are exiting other sectors that aren’t as profitable and reducing their risk horizon, that’s not acceptable,» Mr D’Arcy said.

The minister also said the emergence of Quinn Insurance, which was owned by businessman Seán Quinn, was one of the key factors behind the current high premiums.

«The result of the Quinn entry into the market meant massive price reductions which led to a price war,» he said.

«That meant other companies failed, and they exited. Now you’ve less competition and there were losses in other insurance companies. What was pretty clear is that they decided that we’re going to make sure that they recoup all of those losses until they get back into profitability.»

Last night, the Alliance for Insurance Reform expressed dismay that 1,300 crèches had lost their current insurer. It called on the Government to intervene immediately.

Peter Boland, director of the alliance, said: «The Government has had three years to sort out this crisis and so far, nothing has happened that will apply downward pressure on premiums or persuade other insurers to enter or re-enter the market.

«We have already had to call on the State to intervene to save street artists, community circuses and festivals that have lost insurance cover and have not seen any meaningful progress with those requests as yet.

«We hope the State now reacts at speed to get this sorted before crèches start closing.»

Meanwhile, Fianna Fáil and Sinn Féin criticised the Government’s record on insurance after the publication of the Central Bank report.

Taoiseach Leo Varadkar insisted he had «never been soft on the insurance industry or the legal industry».

He argued the Central Bank report was the result of Government action and a demand for more transparency around premiums and insurance claims.

But Fianna Fáil leader Micheál Martin replied: «I want to wish you the best of luck explaining to the thousands of young people in Ireland who have been ripped off over the last number of years by saying at least we compiled a report to tell you what we knew all along.»

Sinn Féin’s Pearse Doherty said the Government «finally realises the spin it has been swallowing from the insurance industry for years».