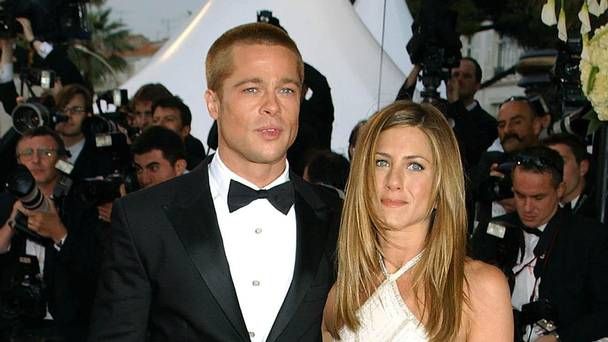 Stars including Hilary Duff and Jamie Lynn Spears have expressed their shock and delight at Brad Pitt and Jennifer Aniston’s reunion at the Screen Actors Guild Awards.

The former couple were pictured backstage at the glitzy Los Angeles event in photos shared on the SAG Awards’ official Twitter page, including one shot that showed Pitt holding Aniston’s wrist tenderly as she walked away from him.

There was also a video shared of a smiling Pitt watching Aniston pick up the outstanding performance by a female actor in a drama series prize for The Morning Show.

*A Moment Like This plays faintly in the background* #CommentsByCelebs #SAGAwards

A post shared by Comments By Celebs (@commentsbycelebs) on

Celebrities were as overjoyed at the reunion of the former spouses as regular members of the public, with Duff and Spears among those leading the reaction on social media.

On another post by E! News showing two pictures of the exes having a seemingly happy reunion, Spears wrote: “WE WILL BE TELLING OUR GRANDKIDS ABOUT THIS. THAT’S HOW IMPORTANT THIS IS.”

Model and actress Brooklyn Decker, who starred with Aniston in the 2011 rom-com Just Go With It, spotted a rather tender moment between the Hollywood A-listers.

A post shared by Comments By Celebs (@commentsbycelebs) on

Rich Kids Of Beverly Hills star Morgan Stewart’s response reflected that of many other Brad and Jen fans, as she wrote: “I’m not emotionally prepared to handle this at this stage in my life.”

Their break up was shrouded heavily with speculation that Pitt had been unfaithful to Aniston with Jolie, who he met on the set of the 2005 film Mr And Mrs Smith.

As well as Aniston’s award, Pitt also won a gong at the SAG Awards on Sunday – best supporting actor for his role in Once Upon A Time… In Hollywood.