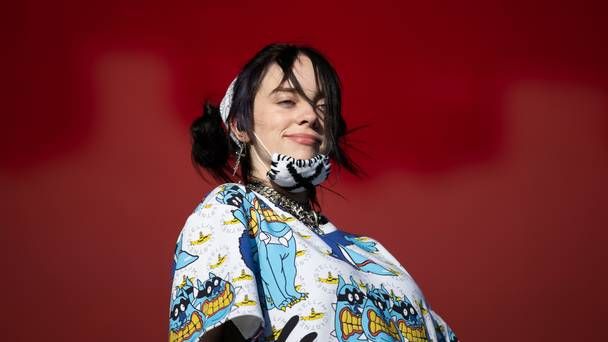 Billie Eilish has hinted that she could be behind the theme tune for the new James Bond film.

The US singer-songwriter, 18, has recently been at the centre of social media speculation around her possible involvement in the soundtrack for the 25th Bond film, No Time To Die.

On Tuesday, she posted a series of pictures of Bond actresses to her Instagram Stories.

Eilish shared pictures of stars including Lea Seydoux as Madeleine Swann from Spectre, Caterina Murino as Solange and Eva Green as Vesper Lynd from Casino Royale, and Halle Berry as Jinx Johnson from Die Another Day.

There was no caption with the images, but fans of the star have taken her post to mean she could be involved with Bond.

Other artists linked to the Bond theme include Dua Lipa and Beyonce.

Eilish’s debut album When We All Fall Asleep, Where Do We Go? topped the charts in the UK and the US when it was released last year.

It was the highest selling debut album of 2019 and the biggest North American debut of the decade, shifting 313,000 units in the first week.

Eilish also became the youngest female solo artist to score a number one album in the UK.

Her Bond theme hint comes weeks after she made Grammy history when she became the youngest artist to receive nominations in all four major categories.

She is up for record of the year, album of the year, song of the year and best new artist at the ceremony, which will take place later this month.

Hans Zimmer has already been confirmed as the composer for the upcoming 007 film, having been drafted in three months before the April release date after Dan Romer reportedly left due to creative differences.

The news was confirmed by the official James Bond Twitter account, which shared a message from No Time To Die director Cary Joji Fukunaga.

It said: “I’m beyond excited that Hans is scoring #NoTimeToDie.

“The music of Bond has always been iconic and I’ve already witnessed Hans adding his touch of genius to the Bond legacy.”

No Time To Die, starring Daniel Craig as James Bond for the fifth time, will be released on April 2.