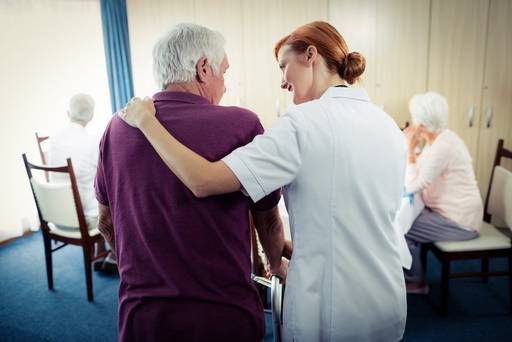 The nursing home sector will be hit hard by the decision by a leading insurer to stop offering liability cover to businesses.

Some homes could be forced to close, as the sector becomes the latest to fall victim to the insurance crisis.

The move by Liberty Insurance comes after a number of mainly British firms exited the market here.

There are predictions that up to 20,000 jobs across a range of sectors will be lost this year due to the insurance crisis.

Businesses in the leisure sector, creches, restaurants and hotels are among those that have been affected by the decision of a number of insurers to stop covering them.

A total of 26 leisure businesses have closed in the last year. Insurers pulling out of the market have cited sky-high compensation levels in this country, especially where there are claims on behalf of children.

Liberty Insurance wrote to brokers this week saying it had taken the decision to exit the commercial liability, and commercial property lines of business.

Chief executive of Nursing Homes Ireland Tadhg Daly warned that the fallout could mean higher fees through the Fair Deal scheme, and some homes forced to close.

Liberty Insurance will stop writing new business in these areas with immediate effect, and end its relationship with existing businesses from the start of April. It blamed «ongoing issues around scale and profitability» for its decision to stop insuring firms.

It will not take on new business this year. For nursing homes and other firms with existing polices, it will honour them up to the time they expire.

Mr Daly said Liberty was one of the main insurers because it had a dedicated nursing home underwriting business in this country.

There are about 430 nursing homes in Ireland, and their insurance costs have already doubled between 2010 and 2017, and continue to rise.

«The rise in insurance costs is a significant threat to the viability of the sector.»

He said the income of nursing homes was largely set by the State, through the Fair Deal scheme. Higher insurance premiums would force nursing homes to seek higher fees.

«This move by Liberty will further restrict competition and has the potential to drive premiums up again.»

He agreed with a prediction by Supermac’s owner Pat McDonagh that 20,000 jobs would be lost this year due to the insurance squeeze. And he predicted more insurers would pull out of the market in the next six months to a year.

«There will be several more exits from the market, which means it is all the more important that insurance reform becomes an election issue.»

Asked for a comment, Liberty Insurance said it would «continue to provide services and honour its commitments to existing liability, property and bonds customers for the duration of their existing contracts with the company».

«Customers in these areas will be unable to renew their contracts once they expire.»

Liberty told brokers: «Having written liability insurance for brokers in Ireland since 2002, we have worked hard, with your help, to remediate the challenged performance of our liability book in recent years.

«Unfortunately, due to on-going issues around scale and profitability in that product line, we have now had to take this difficult decision.»

The company said it would now focus on personal and fleet insurance.

Finance Minister Paschal Donohoe said in November insurers were withdrawing from the market due to Brexit and added that the «unstable claims environment may also be a factor».

Central Bank figures show about 250 insurers have left the Irish market in the past six years, with 117 in the past two alone. However, many of these were not offering cover in this market.