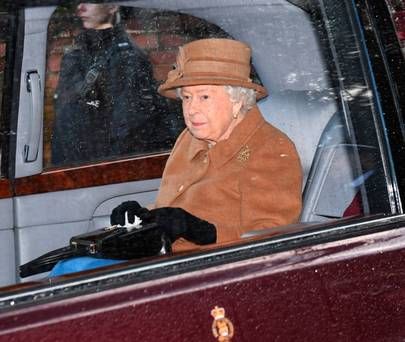 As the British royal family meet at Sandringham today for a crunch summit to decide the Duke and Duchess of Sussexes’ future, the couple’s tax affairs will be under discussion along with their royal titles, their Met Police bodyguards and Frogmore Cottage, their Windsor home.

Aides are understood to have drawn up a potential blueprint for Prince Harry and his wife Meghan Markle’s new life in North America, but with «complicated issues» still to be resolved, his grandmother Queen Elizabeth’s desire for a swift resolution is by no means guaranteed.

While the 93-year-old monarch wants the situation to be sorted by close of play tomorrow, sources close to the Sussexes said they «are not going to quickly sign off their future and their lives».

Later today, the queen, Prince Charles, Prince William and Prince Harry will be presented with «a range of possibilities for the family to review».

Meghan, who is in Canada with baby Archie, hopes to take part in the meeting by phone, time zones permitting.

Indicating that any master plan «will take into account the thinking the Sussexes outlined earlier in the week», it seems highly unlikely that the couple will be stripped of their ‘HRH’ (his/her royal highness) status, although according to Tom Bradby, their friend and ITV News anchor: «They appear philosophical about the prospect of losing their titles and becoming, in the end, entirely self-funded.»

Stressing that «any decision will take time to be implemented», aides have hinted that they could come up with a «phased» agreement that sees the Sussexes «transition» to recalibrated roles outside of the royal family once they become fully self-funding.

This would see them come up with an interim «costing» for Duchy of Cornwall funding, which could be reduced over time.

Should the couple decide to split their time between Britain and overseas and retain full, active royal roles then they could face a potential «double tax» on any commercial income.

Canada requires anyone who spends 183 days or more in the country to pay income tax on their global earnings. Similar rules apply in the UK, but the limit is 90 days.

As an American citizen, Meghan already has to pay tax in the US on any global earnings regardless of where she lives. Discussions are likely to include whether the former actress wants to continue with her application for dual citizenship, the status of which is currently unknown.

Mark Sedwill, the head of the UK Civil Service, has been drawing up plans to offer Harry and Meghan a high profile Commonwealth role, which would allow them to live in Canada and travel abroad on a certain number of official trips each year — allowing them to be «quasi» royals. Harry is already the president of the Queen’s Commonwealth Trust while last year Meghan was made vice-president.

A source warned this «half-in half-out option», in which the couple would promote their charitable endeavours as well as their commercial interests, was «very difficult to pull off».

It remains to be seen whether they would attend major royal events such as Trooping the Colour or need to seek permission for commercial endeavours. Patrick Jephson, the former private secretary to Harry’s late mother Princess Diana, questioned whether British embassies would be instructed to support the couple and what level of co-operation would be offered by law enforcement and intelligence agencies.

A full relocation to North America and the relinquishing of royal roles would avoid the double taxation but may land the couple with a large bill to repay the £2.4m (€2.8m) of taxpayers’ money that was spent on Frogmore Cottage.

If the couple want to retain the Grade II-listed property as their UK base then the Crown Estate, which owns the freehold, could offer to lease it back for an agreed annual sum.

Dai Davies, the former head of royalty protection, said an idea to downgrade the couple’s armed protection to officers carrying Tasers was «nonsensical».

Another option would be to cut the number of taxpayer-funded officers and top them up with private bodyguards, paid for by the couple. (© Daily Telegraph London)