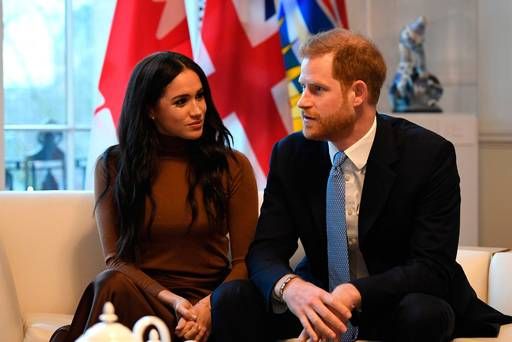 When the Duke of Sussex makes his first official appearance today since dropping the bombshell that he and Meghan were stepping back as senior royals, he will be faced with the phalanx of reporters and photographers he has grown to despise.

Harry is due to host the Rugby League World Cup 2021 draw at Buckingham Palace in what could be his last royal engagement as a fully fledged member of The Firm.

The event will be covered by the «royal rota», the group of correspondents invited to cover official occasions. The premise is simple: newspapers take turns to report royal events and are obliged to provide accurate, prompt, comprehensive information to all.

But the Sussexes plan new rules of engagement which will see royal reporters cast aside in favour of «specialist media», «young up-and-coming» reporters and outlets they consider «credible».

Yet how did it come to pass that a prince who has largely enjoyed positive coverage has now turned on the very press pack that has helped to propel his popularity?

By his own admission, he finds some of what he describes as «relentless propaganda» spewed out by the British tabloids as «knowingly false and malicious», accusing some elements of the press of «vilifying» his wife.

As he said in his statement on the press last October: «Because my deepest fear is history repeating itself. I lost my mother and now I watch my wife falling victim to the same powerful forces.»

But Harry weakens his argument by failing to distinguish between legitimate reportage and online invective.

The royal couple have been specific in their suing the ‘Mail on Sunday’ and its parent company Associated Newspapers for what they claim is the unlawful publication of a letter Meghan sent to her father Thomas.

But the action, designed to protect the Duchess’s privacy, now looks set to have the adverse effect of prompting Mr Markle to spill all of their most intimate secrets in court. It will be open season for all the press.

The truth is Harry had a complicated relationship with the media long before he began dating Meghan in 2016.

Harry has spent almost his entire life barely able to disguise a visceral hatred of the media, betraying his true feelings in remarks to Sky News reporters who deign to ask him an off the cuff question to joking with baseball players in Harlem they should aim their shot into the press pack.

At one point, the jibes came so thick and fast aides had to ask him to tone it down a bit.

«There is something approaching paranoia about his attitude to the media,» said one royal insider. «He believes they are out to get him. And because he can be ill-tempered and hot-headed, he would react to stories almost as soon as they broke, whereas William would be a lot more considered and sleep on it before forming an opinion.

«The Duke of Cambridge is now quite an avid reader of newspapers as opposed to just websites. He is more inclined to read the foreign pages than royal stories but he likes to know what’s going on.»

What remains to be seen is how Harry will manage his relationship with the global media without the guidance of the well-oiled palace spin machine. For someone who has never been good at taking PR advice, it seems counter-intuitive for him now to be entrusting his reputation to spinners, lawyers and business managers more concerned with their 10pc cut than allegiance to queen and country.

Now largely cut off from his family and closest friends, Harry will entrust his secrets to the kinds of «friends» who gave gushing interviews to ‘People’ last February revealing Meghan had written her father a handwritten letter. The magazine this week reports the Sussexes felt their «hand was forced» because «there is so much bad blood in that family — it’s toxic».

And here’s another dilemma. Having touted his wife for voice-over work with the likes of Disney boss Bob Iger, is Harry certain he is comfortable potentially playing second fiddle to Meghan as they launch their assault on North America? Moreover, with the former ‘Suits’ star a veteran of the red carpet, how is Harry going to cope with the paparazzi if, as rumoured, they end up settling in LA?

The sharp-elbowed and aggressive nature of that particular press pack may well make Harry yearn for the days he was followed around Windsor by a snapper on a bicycle. Unlike America, there is no longer any market in Britain for snatched pictures of royals going about their daily lives, which is why Harry and Meghan were largely left alone by photographers when they were living at Frogmore Cottage. I’m not sure the same can be said of Canada or the US.

In order to remain relevant, the Sussexes must remain relatable. Only time will tell if they will be able to do that while cast adrift from the monarchy, only to be seen as cashing in on their royal status. (© Daily Telegraph, London)