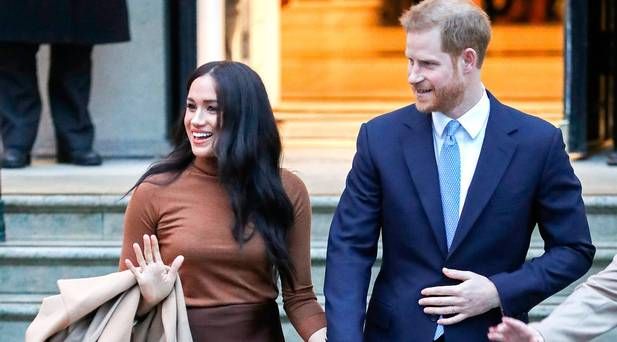 It’s just a few days into 2020 and Meghan Markle and Prince Harry’s decision to leave their roles within the British royal family looks set already to be the royal story of the decade. It’s a move which is going to have huge ramifications — not just because they’ve left, but because of the way they’ve done it.

It’s been reported that the royal couple didn’t even tell Harry’s grandmother the Queen, his dad Prince Charles or even his brother Prince William ahead of Wednesday evening’s shock announcement. If that proves true, it is hard to underestimate the trouble that is likely to cause within the family.

Buckingham Palace have released a statement saying that talks around the development were at an «early stage», adding: «We understand their desire to take a different approach, but these are complicated issues that will take time to work through.»

Describing the new arrangement as complicated would also be something of an understatement, and the affair has echoes of King Edward VIII’s abdication, an event which rocked the monarchy to its core.

Indeed, ever since Meghan met Harry in 2016, her status as an American divorcee met the inevitable Wallis Simpson comparisons, athough Edward’s abdication was historic for a different reason: he was destined for the throne so his decision to follow his heart and give up his crown prompted a genuine constitutional crisis.

Nevertheless, there are similarities, and Meghan and Harry now appear determined to retain their HRH (His/Her Royal Highness) titles, effectively straddling the line between celebrity and royalty, prompting the question: what next? The couple have said that they intend to ultimately become financially independent. They’ll have no shortage of potential career options — but what might they be?

The chances of Meghan returning to acting seem slim at this point. While many on social media were quick to joke that she can now play herself in her eventual depiction on The Crown, acting was always a means to an end for her; the end being fame, which she now has in spades. Today, the Sussexes seem set on global domination and a more likely scenario is that they might win a production contract with a major streaming service with money to burn like Netflix or Amazon Prime.

They wouldn’t be the first influential celebrities to go down this road: after former US president Barack Obama left office in 2016, he and his wife Michelle, who has added bestselling author to her already myriad accomplishments, launched a production company called Higher Ground.

But while Meghan and Harry have star power, they don’t necessarily have the same credibility as a couple like the Obamas.

Harry was born into a world of exceptional privilege and while he describes himself as ‘normal’, boasting about doing his own food shopping, growing up behind palace gates does not a well-rounded individual make. The Obamas, no matter what side of the political fence you’re on, are an undeniable force on another level altogether.

Perhaps we might Meghan following the path trodden by Gwyneth Paltrow, Oscar-winner turned Goop guru. She recently said she’d never return to acting, frankly because she hated it. The fact that she makes more than enough money through her lifestyle empire must help.

The Sussexes seem determined to hold on to their fame, but this time on their terms. Since their lifestyle is currently part taxpayer-funded, there is a quid-pro-quo arrangement with the public and the media.

But if they are making their own money, there’s no need for contractually obliged photo-calls hours after giving birth, no need to politely answer questions from journalists they don’t get along with, and basically, no need to cooperate at all. They can release as many or as few statements as they want and control their own narrative — something at which Meghan is particularly adept.

The have withdrawn from the ‘royal rota’ (a pool of royal reporters who work for traditional media outlets) and will instead focus on ‘up and coming’ journalists, who will likely only write positive things about them.

It’s surely inevitable that Meghan or Harry, or both, will write at least one book about their experience. Meghan is the more likely candidate due to her extraordinary personal story — from growing up in Los Angeles to Buckingham Palace and back.

They’ve watched so others profiting from their names, it would seem only natural to want a slice of the pie. There are a seemingly endless number of royal biographers with varying levels of credibility with publishing deals, so imagine the bidding wars between publishing houses for first-hand material from them? And who knows, there could even be be a series of children’s books in their future. As new parents to baby Archie, who will himself have one hell of a story to tell when he grows up, it’s not outside the realm of possibility they will follow a similar — and equally lucrative path — to David Walliams. Fictional children’s books are a relatively easy way to make money and a reasonable move, especially now that their portfolio needs diversifying.

In their statement, the couple said they intend to continue to «honour their patronages» and they share 26 official charities between them, each of which were assigned by Queen Elizabeth to align best with their personality.

In a previous interview, Harry said most of their time would be spent in Africa and their charity work would be their primary focus. His Invictus Games, a multi-sport competition for wounded veterans, is an international success.

As two of the most famous people in the world, they would be in demand as public speakers — and now they have a new chapter to add to their story. Harry already gave a presentation at a Google summit on climate change last August and before she was the Duchess of Sussex, Meghan was making a lucrative side-living on the circuit.

She spoke at the One Young World conference in Dublin in 2014 and in Ottawa, Canada, in 2016. She also gave a now-famous speech on gender equality for the United Nations, which she likely wasn’t paid for, but earned her global recognition. Motivational speakers in the form of Olympians, World Cup winners, Oscar winners and former presidents are in demand for corporate clients who have the wallets to accommodate any fee, which can go up to €500,000 for just an hour’s work.

If we are to expect the unexpected, then who knows? They might sit back and rest on their laurels, like Sarah Ferguson, aka Fergie, aka the former Duchess of York. And if that’s the case, then this real-life soap opera is just beginning.