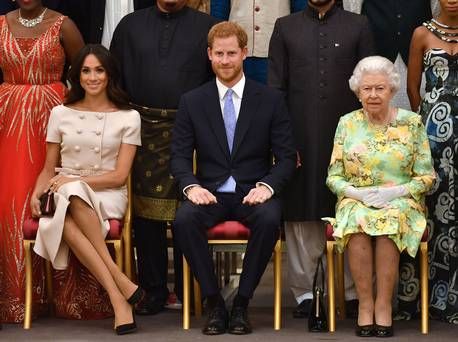 As Britain’s Queen Elizabeth meets with senior royals to discuss the future of the Duke and Duchess of Sussex, here is a look at some of the problems that are likely to be discussed at Sandringham.

This is one of the most contentious issues. Harry and Meghan want to be financially independent and earn their own money, but still say they will be supporting the Queen in their duties.

The Prince of Wales currently pays for most of their official duties and some of their private costs through his £21 million a year Duchy of Cornwall income, but will this continue?

Taxpayers foot the bill for official travel through the Sovereign Grant, but will the taxpayer have to pay as Harry and Meghan travel to and from North America as they carry out private work to earn their own income.

Will the taxpayer still pay for travel on official tours, if there are any?

The Sussexes’ website indicates British taxpayers will still have to cover the cost of their police protection officers.

But only senior royals tend to get police protection, so should the public still have to pay for Harry and Meghan’s police guards?

The Duke of York now pays for Princesses Beatrice and Eugenie’s security after facing many years of criticism because they were not working royals.

Frequent travel between North America and the UK will also require additional security, and will the British taxpayers have to pay for Archie’s security as well as he grows up?

What will the cost be of guarding Frogmore Cottage when it stands empty, and the same for a property abroad? Will the Canadians or the US, if they move there, have to contribute to the security costs? How will this be split?

How will Harry, Meghan and Archie’s security be ensured if they do not use highly trained police protection officers, and drivers?

The prospect of dual roles as royals who earn private money is fraught with problems.

Royal financial expert David McClure described it as a «toxic mix». Harry and Meghan say they want «to carve out a progressive new role within this institution».

But they have been accused of going rogue and trying to rip up the royal book which has evolved over hundreds of years.

Questions that need answers include:

One of the major problems for royals earning their own money is being accused of cashing in on royal status.

The Countess of Wessex and Sarah, Duchess of York faced such problems, with Sophie in the end quitting her PR business to become a full-time royal instead.

Royal aides will have to look at how to avoid Harry and Meghan being accused of profiting financially from their royal connections.

The duke and duchess plan to split their time between the UK and North America — presumably Canada, or California where Meghan’s mother Doria Ragland lives — but how will their transatlantic lifestyle work?

Their website says they will continue to live at Frogmore Cottage.

But presumably the Queen, who gave permission for the couple to use the home as their official residence, will still agree to this.

They will also need a base in North America, but who will pay for this property?

Will taxpayers have to refurbish this home because Harry and Meghan are still members of the royal family, or will they pay for it themselves?

Frogmore Cottage was also renovated at a cost of £2.4 million by the taxpayer, with more costs likely to be published in the royal accounts this summer. Royal aides could even face calls from the taxpayers for Harry and Meghan to repay this money.

When Windsor Castle caught fire in 1992, public opinion had turned against the royals amid fears that taxpayers would have to foot the bill for the castle’s repairs.

In the end, the Queen agreed to pay 70% of the £36.5 million costs by opening Buckingham Palace to the public for the first time to generate extra income. It was also announced that she would pay income tax for the first time and cut down the size of the Civil List.

Royal aides will want to know what sort of private work Harry and Meghan are considering and whether it will be beyond reproach, with the reputation of the royal family at stake.

A return to acting for former Suits star Meghan, who quit ahead of her wedding, is thought unlikely, but nothing seems off the table at the moment. Harry and Meghan are planning to launch their Sussex Royal Foundation with a global reach.

Who will pay for this and do they plan to earn money from this charitable venture and, if so, how will this be justified?

Could the couple be considering earning an income from television work, motivational lectures, or autobiographical or children’s books? Meghan ran her own lifestyle blog before marrying into the royals so could be thinking of bringing back the thetig.com.

Harry is a former soldier, but has no fallback profession and has not worked in private employment.

What will happen with Meghan’s citizenship, and Archie’s, and does Harry have the right to work in the US or Canada, or stay there long term?

At the time of their engagement, Kensington Palace said Meghan would be applying for British citizenship, but it was not known whether she would hold dual American citizenship.

Questions will also arise as to where the couple will pay tax on their income, and how their finances will be scrutinised.

Harry and Meghan faced criticism for their use of private jets over the summer, but their transatlantic travel could again raise issues about their carbon footprint.