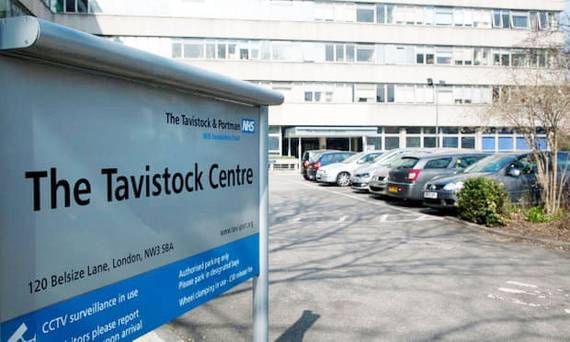 One hundred Irish children have been sent to England over the past three years to be assessed at a clinic caught in a controversy over fast-tracking gender transition.

The Tavistock Clinic in London, the main gender clinic for children in Ireland and England, is under the spotlight after the resignation of whistle-blowing clinicians who claim children were being incorrectly diagnosed with gender dysphoria.

The most recent figures released from the English clinic’s Gender Identity Development Services show that 38 Irish children attended their service from June 2017 to June 2018, while 35 children were referred the previous year.

Since 2010, 117 boys and girls from Ireland have been referred to the specialist NHS clinic in London which treats transgender children; and in the past three years there has been a sharp rise in referrals of children feeling unhappy about their biological sex.

The children, aged eight to 17, are initially psychologically assessed in the Tavistock Clinic in the UK while treatment, which can involve puberty blockers in some cases, is now mainly carried out in the Our Lady’s Children’s Hospital in Dublin.

Consultant Psychotherapist Marcus Evans, one of the former governors of the Tavistock and Portman NHS Foundation Trust, resigned over concerns that the youth gender clinic was too quick to give children and young people gender reassignment treatment.

Dr Evans, who had a 34-year association with the trust, said he believed the clinic needed oversight from an independent body.

«I do not have confidence, and that’s why I resigned, that the trust is taking the necessary steps to make sure that children are being adequately cared for,» he said.

He added that staff in the Tavistock’s Gender Identity Development Services were raising concerns that there was «not enough of a thorough investigation of what was wrong with these kids» and that they were «being fast-tracked».

Children can be treated with hormone blockers to stop puberty and from the age of 16 cross-sex hormones of either oestrogen or testosterone can be prescribed which will cause some irreversible changes to the body.

«There’s pressure to come down all the time, younger and younger. Why can’t we stop hormone development that comes with adolescence earlier and earlier?» said Dr Evans.

«I’m not transphobic,» said Dr Evans. «I’m standing up for what I think is good medical practice.»

The Tavistock Clinic said in a statement that it provided a highly specialised service for children and adolescents who were experiencing gender dysphoria or who needed support to explore their gender identity.

«We do this by fostering recognition and non-judgemental acceptance of diversity in gender identities and gender expression; providing support, advice and treatment to assist in reducing emotional, behavioural, and relationship difficulties and their effects; offering options for physical interventions as appropriate, and working with local services to prevent mental health problems such as anxiety, low mood, self-harm and suicidal thoughts.»

In a statement released yesterday, the HSE said: «This service is currently accessed through the Treatment Abroad Scheme.

«The HSE has worked with the leading clinicians in Ireland and representatives of the transgender community to develop an agreed model of care.

«We now have a planned and funded commitment to have the services delivered by a full staff team based in Ireland and we are currently recruiting in that regard.»

The statement added: «Tavistock, a public service of the UK National Health Service, have provided a service in Ireland for young people for a number of years.

«They are supporting us to transition this service to Irish clinicians.»