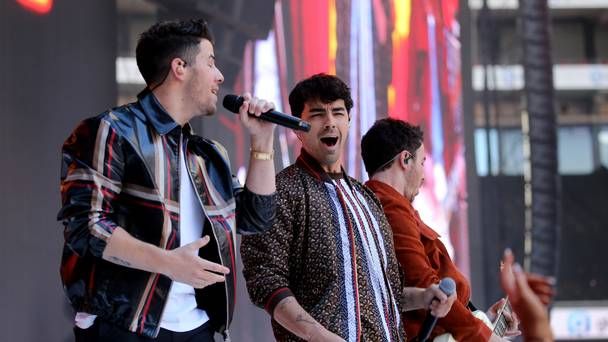 Joe and Nick Jonas had their millions of followers in hysterics when they put on an almost Oscar-worthy performance of a memorable Kardashians fight.

The musical brothers recreated a 2008 scene from Keeping Up With The Kardashians which saw Kim repeatedly hit sister Khloe with her handbag while crying: “I swear to God, don’t be f****** rude, I’ll f****** hurt you. Don’t do that!”

The new clip, posted on Instagram, shows Joe – acting as Kim – barging through a door with a jacket slung over his shoulders and pretend to hit Nick, who looks suitably bewildered in his role as Khloe.

The pair mouth the words from the original clip from 12 years ago, adding to the hilarity of it.

Brother Kevin then walks across the screen at the end mouthing “Oh my God!”, perhaps in reference to Kim and Khloe’s brother Rob.

Nick posted the video for his 12.7 million followers with the caption: “Don’t be Rude!”

Kim was overjoyed by the mocking of their big TV moment, sharing the clip on Twitter and writing: “OMGGGG I love you guys!!!!!”

Khloe shared the clip too, with a gif of herself being whacked by Kim’s bag.

“I couldn’t love you guys any more!! Killed it!” she said in another tweet.

Nick’s wife Priyanka Chopra was among those commenting under the clip on Instagram, simply writing: “Gold.”

DJ Diplo commented: “@nickjonas give me that jacket.”

The clip came after the group teased their new single, What A Man Gotta Do, which will be released on Friday.