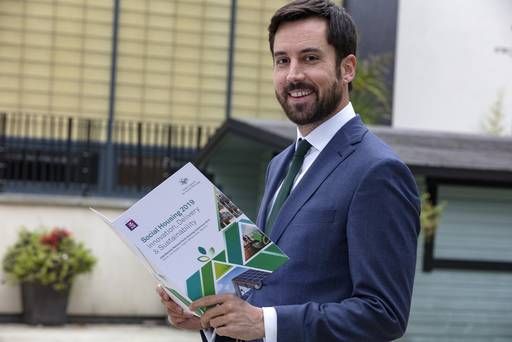 As political parties across the country scramble to shore up support in the upcoming general election, it’s likely that six key issues will be the decider.

Political correspondent John Downing takes us through the crucial topics which will sway voters in the biggest national poll for a generation.

«Let’s Keep the Recovery Going» — if not burnt up in 2016, it might actually work this time. Fine Gael will tell voters that on its watch the Irish economy revived and people prospered.

There will be many reminders that on Fianna Fáil’s watch, with current leader Micheál Martin in the government, things crashed horribly in 2008, and years of unemployment, emigration and cutbacks followed. For three years, the infamous Troika of the ECB, EU and IMF framed Irish economic policy.

Unemployment peaked at 15pc in 2012 — it’s now below 5pc, which is de facto full employment. There are signs of pay rises to come, international factors keep general inflation low, and Fine Gael is talking about tax cuts.

It’s hard to argue with money in the pocket — and it should generate votes.

The biggest quality-of-life problem will leave Fine Gael explaining and the Opposition, especially Fianna Fáil, attacking. It’s not just the 10,000-plus homeless, one-third of whom are children.

There are young workers who can’t afford rent; first-time buyers who can’t buy a home; employers’ recruitment problems due to workers’ housing problems; parents, and even grandparents, fretting about their 30-something offspring’s dismal home-buying chances. Irish people’s political memory says that even in poor times, this country built homes.

Both key parties are led by under-achieving health ministers of times past. Taoiseach Leo Varadkar served from July 2014 until May 2016 and Fianna Fáil leader Micheál Martin for almost five years from January 2000 until September 2004.

Both faced the ongoing mix of people on A&E trolleys and long waiting lists, and other crises. Mr Martin did implement the workplace smoking ban which won kudos. But otherwise he was the «minister for over 100 reports», piling up excuses for inaction.

Mr Varadkar successfully lowered expectations, walking away from promised major reforms based on everyone taking health insurance. Few of his targets and pledges ever happened.

The time of year, and major A&E crises, mean health will figure. But listen to the smaller parties urging a cross-party approach based on the 2017 Sláintecare report. Voters will rightly doubt most health promises.

This in turn feeds into commuter costs and poor quality of life, and points up the lopsided nature of regional development, with Dublin congestion and rural desertification.

Many people long for tax cuts. But recent experiences of recession may temper this and some voters might respond better to talk of investment in services.

Prudent budgetary management feeds in here also. Fine Gael will struggle to retain its reputation given big project cost over-runs on things like the new children’s hospital and rural broadband.

All parties will argue for better value for taxpayers and better quality of life. They must be careful and weigh the arguments with care.

The UK exits the EU on January 31, eight days from polling day on February 8. Fine Gael hopes this will give currency to the big achievements of the Taoiseach and Foreign Affairs Minister Simon Coveney and their remarkably good management of this vital issue.

Fine Gael will argue that, since this process is now entering its crucial phase, it has the expertise and the EU contacts to continue good management. Fianna Fáil, and most others, will rightly point out that it «wore the green jersey» throughout Brexit, deserves credit for that, and could take over managing the issue.

This election will begin and end primarily as a choice between your preferred Taoiseach — Leo or Micheál? Most elections these days are presidential and voters are entitled to act as ‘political consumers’.

Mr Varadkar leads Fine Gael in his first general election less than three years since he took over the party leadership.

He has the intellect to be a good debater in a head-to-head with his key adversary, and Fine Gael hopes he will deliver.

Mr Martin is a polished performer who can think on his feet. But will his dark past, on the Fianna Fáil bridge when the economy came to grief in 2008, come back to bite him?

The performance of the leaders of the other potential coalition members will be a factor.

Sinn Féin is deemed «untouchable» by the two big parties right now — but numbers might change that and Mary Lou McDonald has a damaged reputation to redeem. Much is expected of Eamon Ryan’s Green Party. He will try to project as idealistic but part of the political mainstream.

Brendan Howlin’s Labour wants to show it is back.