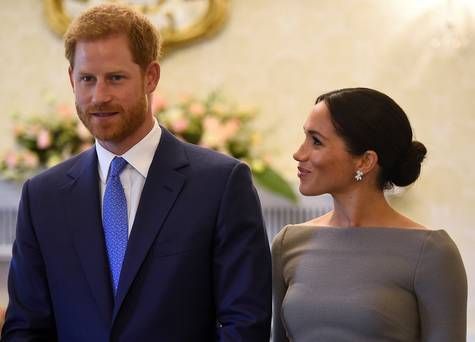 Meghan Markle and Prince Harry have claimed their Irish mini-moon was an effort to strengthen the Commonwealth – even though Ireland is not in a member of group.

As part of their new website, the royal couple identify «strengthening the Commonwealth» as a key theme of their work.

The Commonwealth is an association of 53 member states, nearly of all of which are former territories of the British empire.

Ireland left the group of ex-colonies when we became a republic in 1949.

The boast about their trip to Dublin in 2018 will likely be considered one of their first major diplomatic blunders since Ms Markle and Prince Harry announced plans to ‘step back’ from their roles within the royal family.

On their newly launched Sussex Royal website, which is to be a platform for their attempt to become ‘financially independent’, the couple write about their royal work in the past and high profile tours.

These include visits to the South Pacific, Australia and New Zealand as well as their two-day tour of Dublin.

At the time, the trip was considered to be part of a soft-PR strategy executed by the British government to bolster Anglo-Irish relations amid growing tensions over the impact of Brexit.

The royals are often asked by the Foreign Office to act as ambassadors and Meghan and Harry, alongside Kate Middleton and Prince William, were seen to be the most effective weapons in the communications team’s arsenal.

«During their trips across the Commonwealth, The Duke and Duchess meet with young leaders to hear their insights and propel their vision for lasting change,» the site reads, after describing Queen Elizabeth as Head of Commonwealth.

«At the age of 21, during a speech in Cape Town, South Africa, she vowed to devote her life to the service of this coalition of nations. Few global entities have a greater stake in that future,» she added.

On their website, the couple detail their trip taken weeks after their wedding which was comprised largely of meet and greets and photo opportunities.

Notably they met with President Michael D. Higgins and his wife Sabina — and their dogs Bród and Síoda — at Áras an Uachtaráin.

The visit was generally seen as a success, although it was not without some controversy. The cost of Meghan’s wardrobe for the 36-hour venture was an estimated €10,000 and she was criticised for not supporting any Irish designers during the trip.

The couple describe Ireland as «the UK’s closest and most important neighbour”.

«It was an important opportunity to not only represent the UK government, but also highlight the rich cultural heritage of this amazing country. The visit was seen as an important moment in UK-Ireland relations, helping celebrate the bond between the two nations, and furthering future prospects in trade, tourism and culture,” the Sussex Royal website says.

It refers to their visit to the Book of Kells at Trinity College and a visit to Dogpatch Labs, «a startup hub in Dublin’s Digital Docklands».

However, they neglected to mention a visit to the Irish Famine Memorial neighbouring Dogpatch, meeting Taoiseach Leo Varadkar and signing the visitor book at Government Buildings, visiting EPIC, the Irish Emigration Museum or learning about GAA at Croke Park.

“We draw strength from one another as neighbours, partners, and above all, as friends,» they included, referring to a quote by the Duke of Sussex during a speech made at the British Ambassador’s residence at Glencairn.

The event, attended by hundreds of hand-selected guests chosen by the couple, reflected some of the pool of talent which Ireland boasts, including actresses Amy Huberman and Aisling Bea, retired rugby captain Brian O’Driscoll and activist Sinéad Burke.

It also marked the beginning of the couple’s now-notoriously scrappy PR approach to traditional media as journalists from around the world who travelled to cover their visit documented their disappointment at the scheduling and arrangements made throughout the trip in their respective articles.