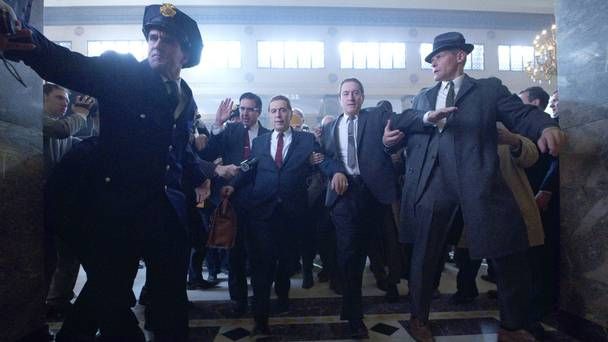 Netflix has received its biggest haul of Oscar nominations to date, racking up 24 nods.

It was a strong showing for the streaming service, which enjoyed an increase in recognition thanks to films such as The Irishman, Marriage Story and The Two Popes.

It pulled in more nominations than any other distributor, significantly improving on last year’s total of 15, and a message from Netflix on Twitter said: “Huge thanks to @TheAcademy and congratulations to our 24 Nominees! So much to celebrate on #OscarNoms morning!”

Huge thanks to @TheAcademy and congratulations to our 24 Nominees! So much to celebrate on #OscarNoms morning! pic.twitter.com/ry832eKXfq

The platform also collected two nominations in the animated film category for Klaus and I Lost My Body – proving it is a force to be reckoned with away from live action.

Martin Scorsese’s gangster epic The Irishman is among the most nominated films of the year, racking up 10 nods.

These include acting nominations for Al Pacino and Joe Pesci, a directing nod for Scorsese and a best picture nod.

The film, which uses digital de-aging technology to tell a story over multiple decades, is also recognised for its visual effects.

Disney also put in a strong showing at the nominations, aided by its acquisition of 20th Century Fox and Fox Searchlight, as well as National Geographic, while Sony enjoyed success with Once Upon A Time… In Hollywood and Little Women.