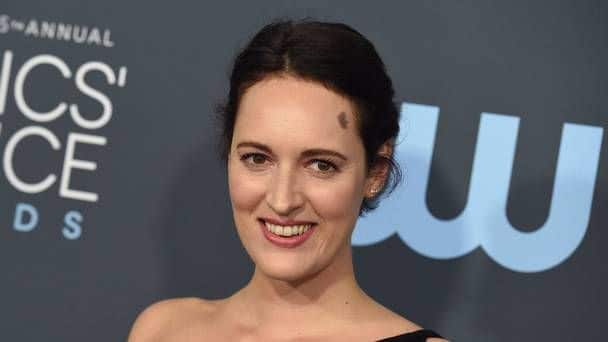 Netflix’s expensively assembled gangster epic The Irishman received a timely boost with less than a month to go until the Oscars, with stars Robert De Niro and Al Pacino taking to the stage together to accept the best acting ensemble gong.

Joaquin Phoenix took home best actor for his portrayal of a tortured loner in Joker while Laura Dern won the best actress award for playing a ruthless divorce lawyer in Marriage Story.

Quentin Tarantino was also triumphant, winning best screenplay for Once Upon A Time… In Hollywood.

Waller-Bridge won best actress in a comedy series and had the star-studded audience inside the Barker Hangar in Santa Monica in fits of laughter after admitting her surprise at receiving so much critical adulation for writing a character “who literally looks into the camera and says ‘f*** me up the arse’”.

She added: “Thank you for getting behind that.”

Waller-Bridge, who has also won Emmys and Golden Globes for Fleabag’s lauded second season, described working on the show as “the best experience I’ll probably ever have”.

In the TV categories, Netflix’s When They See Us was named best limited series ahead of HBO and Sky’s Chernobyl. Show creator Ava DuVernay thanked the streaming giant for letting “a black woman do her thing”.

He’s not just any priest, he’s a cool (hot) priest. Help us congratulate Andrew Scott on winning the #CriticsChoice Award for Best Supporting Actor in a Comedy Series! #Fleabag pic.twitter.com/C5S8FU2M9A

Regina King won best actress in a drama series for Watchmen, winning ahead of The Crown’s Olivia Colman and Killing Eve’s Jodie Comer.

There was more disappointment for British stars in the male category, where Succession’s Jeremy Strong beat Game Of Thrones’s Kit Harington and The Crown’s Tobias Menzies.

El Camino: A Breaking Bad Movie was named best movie made for TV.

The Critics’ Choice Awards are one of the final major awards shows before the Oscars and actor Taye Diggs was on hosting duties.