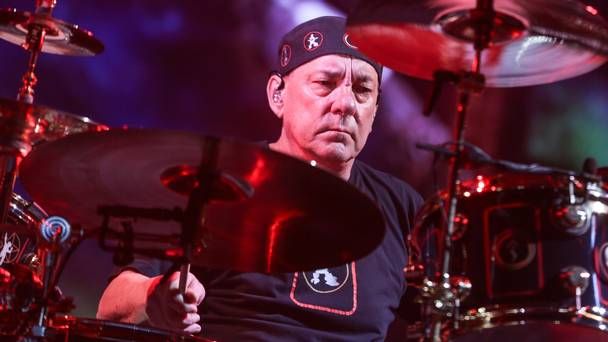 Neil Peart, the drummer from Canadian prog-rock trio Rush, has died aged 67, according to a statement from the band.

He died on Tuesday after an “incredibly brave three-and-a-half year battle with brain cancer”, the band said in a tweet.

The group, which also featured Geddy Lee and Alex Lifeson, recorded hits including The Spirit Of Radio and Tom Sawyer.

A statement posted on the band’s Twitter said: “It is with broken hearts and the deepest sadness that we must share the terrible news that on Tuesday our friend, soul brother and band mate of over 45 years, Neil, has lost his incredibly brave three-and-a-half year battle with brain cancer (glioblastoma).

“We ask that friends, fans and media alike understandably respect the family’s need for privacy and peace at this extremely painful and difficult time.

“Those wishing to express their condolences can choose a cancer research group or charity of their choice and make a donation in Neil’s name.

My prayers and condolences to the Peart Family, Fans and Friends. Neil was a kind soul. R.I.P……. Rush Drummer Neil Peart Dead at 67 — Rolling Stone https://t.co/icYz6fnXfE

Kiss frontman Gene Simmons paid tribute to the drummer on Twitter, calling him a “kind soul”.

He added: “My prayers and condolences to the Peart family, fans and friends.”