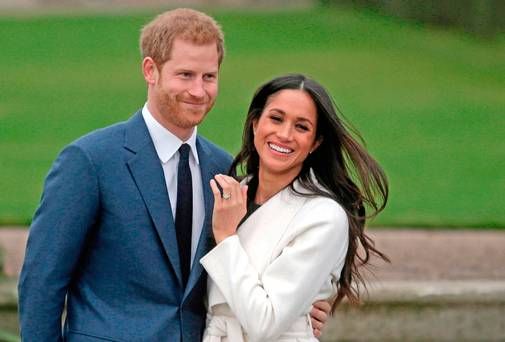 Last Friday morning, headlines had Meghan Markle «flee» the UK. By the afternoon, there was speculation that Harry would flee after her.

It seemed that promptly following the online announcement that Harry and Meghan were stepping down as «senior» royals, she fled back to Canada, where the couple have just spent almost two months.

The less emotionally charged version of this is that Meghan returned to Canada because the couple had left their eight-month-old son Archie there with a nanny and her best friend. But that’s a bit boring and hardly fits the scenario of scheming and secrecy that built up around Harry and particularly Meghan last week.

Fleeing made it sound like she was either distressed and desperate to escape the fallout of their announcement, or she was flouncing off in a huff. Either way, that choice of verb made Meghan sound like a right madam.

And words matter in a situation such as this. The Sussexes get this. Their own statement was carefully crafted, with some choice language of its own.

«After many months of reflection and internal discussions, we have chosen to make a transition this year in starting to carve out a progressive new role within this institution,» their statement went. «We intend to step back as ‘senior’ members of the royal family, and work to become financially independent, while continuing to fully support Her Majesty The Queen. It is with your encouragement, particularly over the last few years, that we feel prepared to make this adjustment. We now plan to balance our time between the United Kingdom and North America, continuing to honour our duty to The Queen, the Commonwealth, and our patronages. This geographic balance will enable us to raise our son with an appreciation for the royal tradition into which he was born, while also providing our family with the space to focus on the next chapter, including the launch of our new charitable entity. We look forward to sharing the full details of this exciting next step in due course, as we continue to collaborate with Her Majesty The Queen, The Prince of Wales, The Duke of Cambridge, and all relevant parties. Until then, please accept our deepest thanks for your continued support.»

They even signed off as «Their Royal Highnesses, The Duke and Duchesses of Sussex», a bold move given they’d just said they wanted out.

And then there was collaborate.

Collaborate bothered a lot of people. You don’t collaborate with Queen Elizabeth, critics cried out last week. Collaborate suggests you set yourself on a par with the regent and that is not the done thing.

But isn’t it apparent by now that Harry and Meghan have ditched the done thing? After all, they’ve been signalling this intention for some time, in particular through the ITV documentary of their official tour of Africa last year. In that programme, they laid bare deep unhappiness, distress and loneliness living at the heart of the royal family, which suggested that they were not only disenchanted with the life but determined to do their own thing.

Meghan said in that documentary, explicitly, that she’d tried the expected stiff upper lip and it wasn’t for her. She said she considered it damaging. She said she’d told Harry that he should expect more than to just exist, that he was entitled to be happy.

In short, they’ve been telling us for a while that what happened last Wednesday is what they want.

When they headed off to North America for Thanksgiving and a prolonged family «much-needed» family holiday with Archie, plenty of people assumed they were deciding whether to knuckle down to being royals or whether a more self-determining, celebrity-style international game-changer role was the one for them.

That they chose the latter wasn’t really a shock. What came as a surprise, however, was how it seemed a shock to the royals. Not the unhitching, but the manner of it.

Harry and Meghan gave Charles a matter of minutes’ notice that their announcement was imminent, apparently.

The Queen, it was reported, was aware of the intention to «step back» but had asked the couple to slow down and hammer out the logistics with her once they were back in the UK.

She didn’t know they were announcing when they did, and her official statement made that clear.

William, it was reported, read the announcement on the telly, like the rest of us, and on the eve of his wife’s 38th birthday, too. Ouch.

The shock of Harry and Meghan’s severing was the manner in which it caused maximum wounding to no one more than Harry’s family. It was not respectful of that very odd but very real elevated status of his grandmother.

And it seemed downright spoilt-brat behaviour when one read the breakdowns of Harry’s income and realised that a royal stepping back wouldn’t deny him the reported £2m he gets per year from his father.  It all spoke of not only rejecting the institution into which he was born, the so-called Firm, but of personally pitting himself against his nearest and dearest.

Except, in truth, these people are not his nearest and dearest any more. His wife and child are, and this is the way it goes for most people when they grow up. Most of us don’t have to follow the archaic rules and restrictions of duty that have governed Harry’s life. And few of us suffered a public loss like he did with his mother, Diana.

Of course he deserves to be happy, which probably accounts for the YouGov poll last Thursday, which reported that 45pc of those polled said that Harry and Meghan were right to break free.

Of course, that doesn’t stop people questioning just how much public money and support they should continue to enjoy. He intends to keep the home done up at the expense of the British taxpayer, for example, and their security detail costs up to £600,000 per annum, apparently, and will likely cost more if they are in the US or Canada.

Nor does it prevent the blame being placed on Meghan, where, perhaps, it justifiably rests. She’s the one who told Harry that an alternative life is possible. She is the one who said life doesn’t have to be lived in the Firm, and she has, let’s be brutal, shown him they could still live a life of cushy, self-indulgent privilege outside his family.

She makes him happy. That’s nice. But one has to wonder if either of them really registers how this drastic severing costs Meghan — while leaving her with a massively boosted status internationally — but it costs Harry an awful lot.

It costs him the only life he has ever known and it will cost him, perhaps most greatly, in his relationships with his family. His 93-year-old grandmother is said to be disappointed, his father angry and his brother incandescent.

It’s hard to know how those relationships will be mended, and a later, more considered announcement might have been a better exit.

However, this is entirely in keeping with how Meghan and Harry have done everything at breakneck speed.

They sprinted from courtship to wedding to parenthood, now to this disengagement from royal life.

Apparently, the princes’ drifting apart began when William reminded Harry of Diana’s advice that they should marry girls they knew and counselled his brother to take his time. The rift began there, and Harry didn’t slow down.

It seems to many that he and Meghan rushed in to their announcement, perhaps on the grounds that life is short and they should seize the day.

Life is also long and the repercussions of Wednesday have not yet truly been felt by the Sussexes, and may prove impossible to flee.