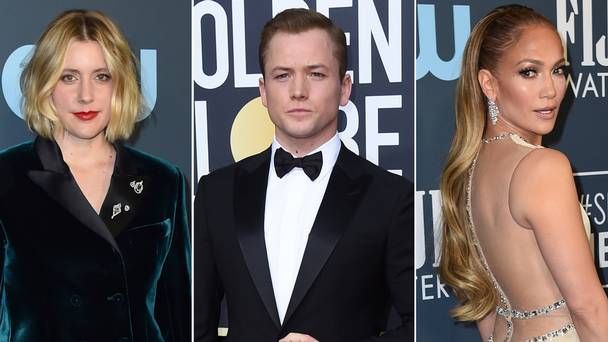 Female directors have once again been shut out from the Oscars, while Jennifer Lopez, Robert De Niro and Taron Egerton were also snubbed by the Academy.

It is the second year in a row that no female filmmakers appear on the best director list, despite anticipation that Greta Gerwig would land a nod for Little Women.

The Farewell’s Lulu Wang, Hustlers’ Lorene Scafaria and A Beautiful Day In The Neighbourhood’s Marielle Heller also failed to get a mention.

This absence was pointed out by nominations presenter Issa Rae, who quipped “congratulations to those men,” after the shortlist was announced.

Rocketman star Egerton missed out in the best actor category, despite bagging a Golden Globe for his turn as Sir Elton John and landing a Bafta nomination, while Robert De Niro, Adam Sandler, Eddie Murphy and Christian Bale also missed out for their parts in The Irishman, Uncut Gems, Dolemite Is My Name and Ford v Ferrari, which was released in the UK as Le Mans ’66.

It was also a disappointing day for Hustlers star Lopez, who had received Golden Globe and Screen Actors Guild nominations for her turn as stripper Ramona, and Awkwafina, who had just won a Golden Globe for The Farewell.

Her co-star Zhao Shuzhen was also tipped for a nod in the best supporting actress category, for her role as a cancer-suffering grandmother, but was missing from the shortlist.

Also snubbed was Lupita Nyong’o for her role in Us and Alfre Woodard for Clemency, as well as Annette Bening for The Report.

It was also thought that Parasite’s Song Kang-ho would pick up a nod in the best supporting actor category, but he was not among the Korean film’s six nominations.

The Oscars will be handed out at the Dolby Theatre in Los Angeles on February 9.