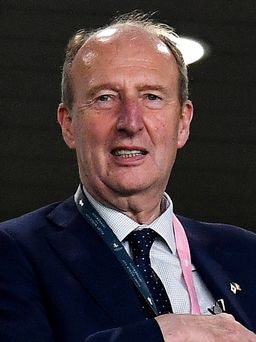 A high-level UEFA delegation will today tell Shane Ross that it’s up to the Government to come up with the financial solution to save the FAI.

And that will put fresh pressure on Minister Ross, heading into a General Election, to present a State-funded package which can save the FAI as it struggles to cope with debts of €62m.

A four-person team from UEFA will today meet Minister for Sport Ross and junior minister Brendan Griffin, and they will be accompanied by the FAI’s new independent chair Roy Barrett, executive lead Paul Cooke and board member Martin Heraghty.

Ross is keen for UEFA to be a driving force in a rescue package for the FAI after they sought €18m from Government last month.

But the UEFA team, led by Theodore Theodoridis (general secretary) and Zoran Lakovic (director national associations) are in no mood to keep funding the FAI in the form of advance payments.

«UEFA have stepped up to the plate already and provided the funding which kept the FAI alive when it could have gone under, but UEFA can’t bail out national associations,» a senior source said.

«It’s up to the Irish Government to save the Irish national association. UEFA can play a role but it’s not in the business of permanently pumping money into the FAI.»

The Irish side are hopeful a ‘risk-sharing arrangement’ can be agreed which would see UEFA and the Government coming together to guarantee main lenders Bank of Ireland that the FAI will have future finance to honour Aviva Stadium debts.

Meanwhile, clarity on the UEFA future of ex-FAI CEO John Delaney is believed to be imminent. He remains on the executive committee but is sidelined from attending meetings and is not expected to return to duty.