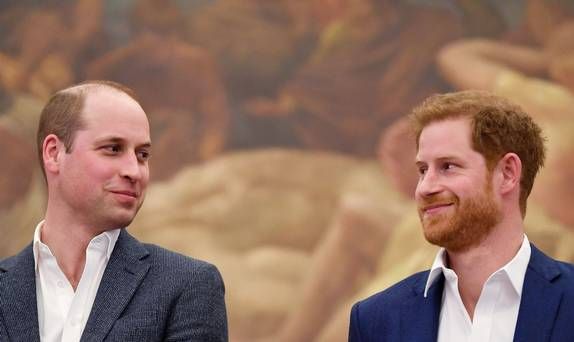 Princes William and Harry have released a joint statement in which they dismissed a «false story» published in a British newspaper.

As the brothers prepare for crisis talks at Sandringham today, alongside Queen Elizabeth and Prince Charles, to work out details of Harry and wife Meghan Markle’s «step back» from royal life; they have denied the language used in a story today.

«Despite clear denials, a false story ran in a UK newspaper today speculating about the relationship between The Duke of Sussex and The Duke of Cambridge.

«For brothers who care so deeply about the issues surrounding mental health, the use of inflammatory language in this way is offensive and potentially harmful,» they said.

The statement was in response to a story published on Monday, allegedly detailing the status of their relationship, reporting that their brotherly bond began to fracture when William expressed reservation about Harry’s romance with Meghan when they began dating.

The royals have been uncharacteristically forward in their communications with the press as they try to stay on top of the narrative unfolding around them since Meghan and Harry’s shock announcement last Wednesday.

Read more: Inside the ‘Sandringham Summit’: what’s on the table in Meghan and Harry’s crisis talks

Meanwhile, the highest ranking senior royals have gathered at the British monarch’s estate to finalise an exit strategy for the Susssexes, including ironing out details of their finances, which are currently tied up in public funds.

The UK’s Home Secretary Priti Patel refused to comment on future security arrangements for the couple — and dismissed suggestions of racist media coverage.

«I’m not going to provide any detailed information on the security arrangements for either them or any members of the royal family or for any protected individuals — that’s thoroughly inappropriate for me to do so,» she told BBC Radio 5 Live.

«At this moment in time, right now, the royal family themselves need some time and space for them to work through the current issues that they’re dealing with.»

Ms Patel rejected suggestions that Meghan had been subjected to racist press coverage.

She said: «I’m not in that category at all where I believe there’s racism at all. I think we live in a great country, a great society, full of opportunity, where people of any background can get on in life.»

Asked if the media had been in any way racist, she replied: «I don’t think so, no … I certainly haven’t seen that through any debates or commentary or things of that nature.»