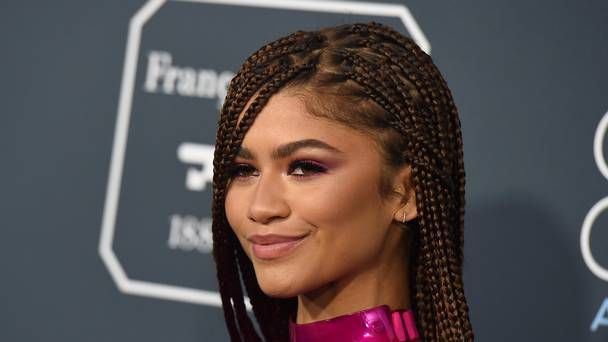 Zendaya turned heads in a futuristic-themed outfit on the blue carpet of the Critics’ Choice Awards.

The star of TV drama Euphoria was nominated for best actress in a drama series and arrived in a pink Tom Ford skirt with a matching metallic breast plate.

The breast plate was specially moulded to the 23-year-old actress’s body while Zendaya completed the look by having her hair in long braids that fell below her waist.

She said: “I saw it on the runway and thought it was sick and amazing because they were actually able to scan and mould my own body so it fits me the right way, so it’s pretty cool.

“It was very science tech situation going on, so it was very (one-of-a-kind).”

Zendaya has won critical acclaim for her role in Euphoria, in which she plays recovering drug addict Rue.

She missed out on a Critics’ Choice Awards win to Watchmen’s Regina King.